Manuscript of the Version for Piano Four Hands: Facsimile

language: German / Englisch
other editions: none

The piano-duet version of Le Sacre du printemps appeared in print on 23 May 1913, a few days before the work’s première. Since the orchestral score was not published until 1922, it was long the only widely accessible source on Le Sacre. Even later it played an important role as an object of study and as a rehearsal aid for ballet productions. 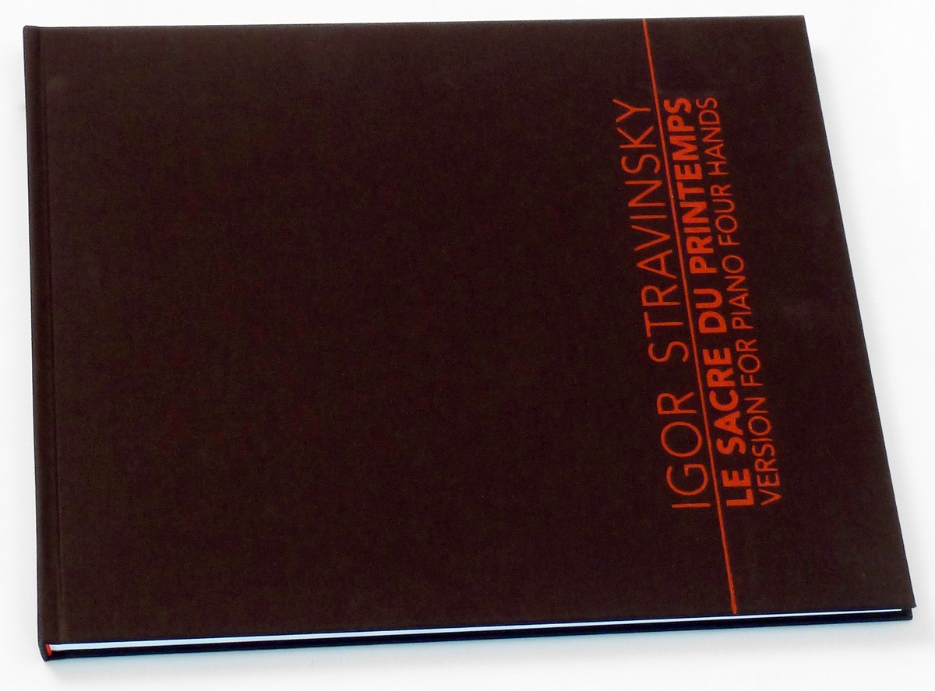 The manuscript of this reduction for piano four-hands served as an engraver’s copy and has remained among the possessions of Stravinsky’s descendants. Our facsimile edition makes it accessible to the public for the first time.

The manuscript is a collaborative effort consisting of a first section written out by a copyist (“L'Adoration de la terre”) and a second section in the hand of the composer (“Le Sacrifice”). Yet Stravinsky closely scrutinized the first section as well, revising and augmenting it so carefully that he had every reason to claim sole authorship of this version. The manuscript makes possible a text-critical comparison with the printed edition and sheds revealing light on the protracted and complicated genesis of Le Sacre du printemps in its various layers of text and corrections.